President Joe Biden left the White House o n Friday for another weekend away from Washington, DC, as Democrats continue fighting over his planned $5 trillion in spending.

The president spoke with House Speaker Nancy Pelosi and Senate Majority Leader Chuck Schumer on the phone in the afternoon before he boarded Marine One for Camp David.

Biden leaves Washington, DC, as Democrats continue battling over his twin spending priorities — the bipartisan infrastructure bill passed by the Senate and his massive $3.5 trillion entitlement bill that would also dramatically raise taxes.

The White House cited “progress” in a readout of the call sent to reporters after Biden left.

“The three agreed to stay in touch about their outreach through the weekend,” the readout concluded.

This is Biden’s tenth trip to Camp David since becoming president, as he now routinely leaves the White House on weekends.

Biden reportedly hates living in the White House, describing it as “the tomb” according to the book Peril by Bob Woodward and Robert Costa: 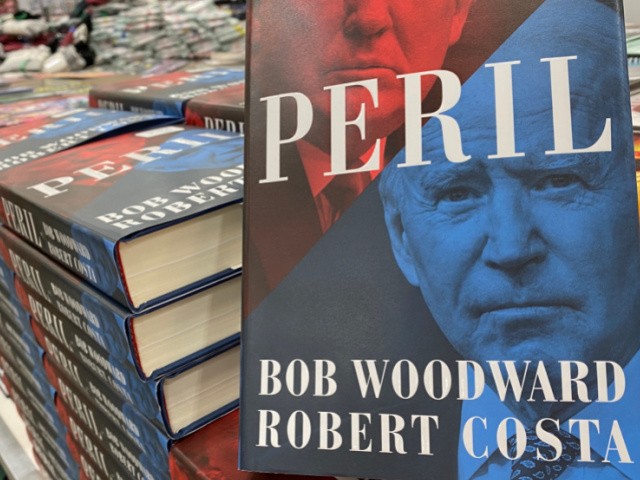 The book “Peril” by authors Bob Woodward and Roberta Costa in a store on September 21, 2021, in Los Angeles, California – The book goes inside with eyewitness accounts of the Trump White House, the Biden White House, the 2020 campaign, the Pentagon and Congress (CHRIS DELMAS/AFP via Getty Images).

“He is not comfortable living in the White House,” his chief of staff, Ron Klain, said.

This entry was posted in Politics and tagged Corrupt Joe Biden. Bookmark the permalink.