African Americans Are Taking Back Jobs Stolen By Illegal Aliens 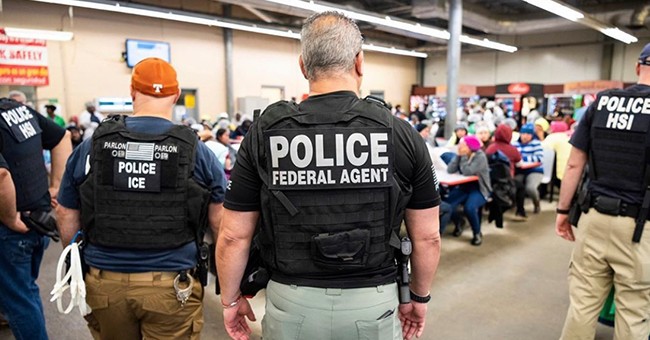 African Americans are taking back jobs that were stolen from them by illegal immigrants. In August, Immigration and Customs Enforcement (ICE) officers swept up 680 illegal immigrants during raids on seven food processing plants in Mississippi. Without the cheap labor, the companies were forced to hire Americans to do the work.

By the end of the 1960s, black workers predominated on the lines.

It was an important win for African-Americans looking for an alternative to housework in wealthy white homes, or for those who had seen fieldwork dry up in an increasingly mechanized agricultural sector.

“The chicken plant,” Dr. Stuesse [an associate professor of anthropology at the University of North Carolina] quoted a civil rights veteran saying, “replaced the cotton field.”

At the time, the Koch plant in Morton was owned by a local company, B.C. Rogers Poultry, which organized efforts to recruit Hispanics from the Texas border as early as 1977. Soon, the company was operating a sizable effort it called “The Hispanic Project,” bringing in thousands of workers and housing them in trailers.

And we were told Americans just wouldn’t do the jobs illegal aliens are doing.

The New York Times report attempts to paint the situation as an ethical dilemma, as if getting back something stolen from you should give one pause for concern. How about all the lost wages? The slave owners have all died, but these people are still around to make reparations.

243 of the 680 illegal immigrants rounded up in August were working at the Koch Food processing facility in Morton, Mississippi. That’s a lot of jobs for a small town with a population around 3,600 people.

“If you’re somewhere you ain’t supposed to be, they’re going to come get you,” Jamaal, a worker at Koch Foods, told the Times. “That’s only right.”

Other workers quoted by the Times were happy to see African Americans taking the jobs but sad that illegal immigrants were apprehended by ICE, which must have some psychological explanation akin to Stockholm syndrome.

The president of the local NAACP compared the raids to slavery, proving once again the NAACP has become nothing more than an arm of the Democratic Party that stopped advancing the interests of African Americans a long time ago.

But if you can get past the spin, it’s a pretty heart warming story about the success of the ICE raids.

This entry was posted in Politics and tagged Illegal immigration. Bookmark the permalink.