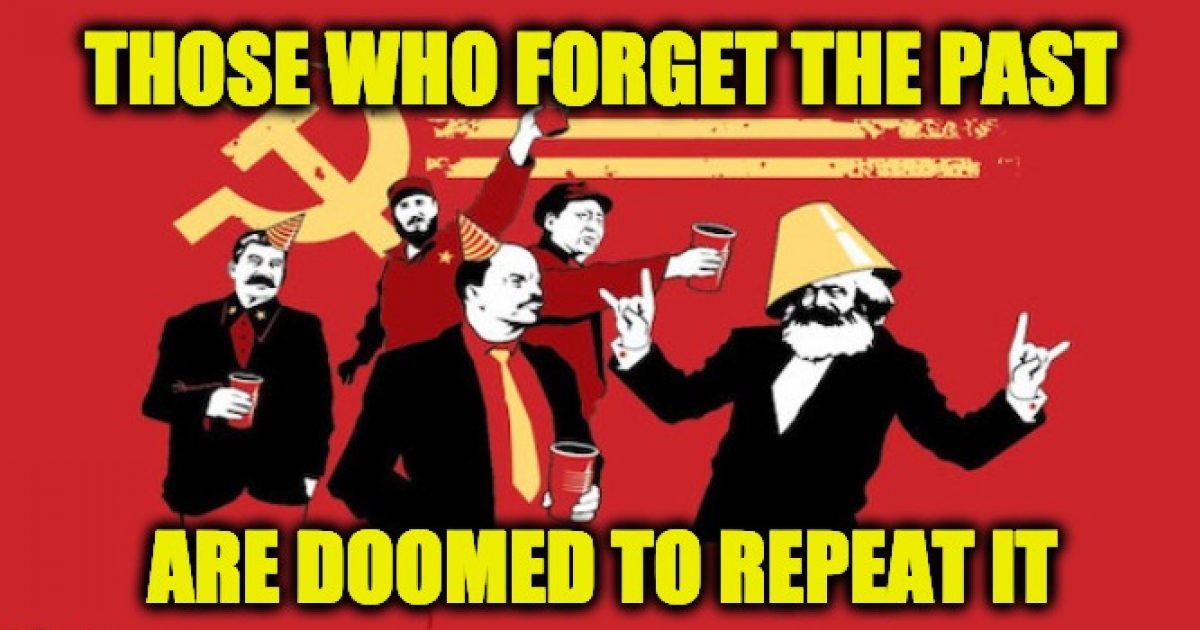 As socialism takes over the Democratic Party, opponents of this failed philosophy are quick to point out how it’s ruined economies, look at Venezuela they would say, or the lack of food in North Korea, the bread lines in Cuba. And it’s all true. But they neglect to point out the worst part, socialism has killed almost 100 million people in the last century.

The chief reason the socialist system fails is that there are no incentives to work hard to better one’s self.  The government-run economy might seem reasonable to some, but what it is really doing is averaging everything, salaries, benefits, products, etc. One of the reasons Obamacare is a failed system is that it eliminated the low-level health insurance plans that young people wanted, and placed a “Cadillac” tax on the highest level plans. In the socialist system, everything pushed into a mediocre middle. That’s what kills incentive, whether you do well, or lousy at your job, the outcome is the same so why bother. The lack of incentive eventually leads to a poorly performing economy.

In the long run, socialism has always led to tyranny and misery because the government needs to make the economy work. They replace incentive, which feeds the human nature to better one’s life with oppression which feeds a different human nature, self-preservation. Which is why Socialism is a dysfunctional, violence-prone ideology.

During the  20th-century communism (which is a form of socialism) and socialist governments have murdered at least 94 million people. Per a detailed analysis in “The Black Book of Communism: Crimes, Terror, Repression” (which should be required reading by every student in America) the number of deaths caused by socialist governments was estimated at 94,360,000, broken down as follows:

These estimates were made almost 20 years ago in 1997. Just imagine how some of the socialist and communist regimes have added to their total since (and some believe the estimates are too conservative). And let’s not forget what’s not there Fascism. The full name of Hitler’s Nazi party was; Nationalsozialistische Deutsche Arbeiterpartei (National-Socialist German Workers’ Party).

Despite its record of murder, the previous Democratic Party President Barack Obama got his political start by running on both Marxist and Socialist lines. He even signed a contract to support the Marxist New Party. Yet anytime that background was mentioned, the person who brought it up would be instantly attacked as racist. In 2016 the Democratic Party came close to nominating a declared Socialist, Bernie Sanders for president. And now it seems that the oxymoronic “democratic-Socialism” will be a big part of the 2020 Democratic Party platform (oxymoronic because eventually, a socialistic society loses its democratic elements).

Even with the death toll of Communist and Socialist governments, no one in the MSM seemed to care.

High school social studies textbooks are reluctant to talk about the history of socialist governments because teaching the truth about socialism is explaining the history of the radical Left, which in the end has similar goals.

When my son was in high school, for example, they used a textbook by McDougal Littell called “World History Patterns of Interaction.”

The book sets up the Cold War period with the mistaken explanation that both sides were aggressors. On page 983 it gives the politically correct, “both sides believed that they needed to stop the other side from extending its power.”  What it should have said was that it was a battle between the Soviet side wanting to expand its communist philosophy across the world, and the west trying to prevent that takeover.”

The textbook even lies about the fall of communism, it talks about Nixon and détente, then BOOM on page 991,” the fiercely anti-Communist U.S. president, Ronald Reagan took office in 1991. He continued to move away from détente. He increased defense spending, putting both economic and military pressure on the Soviets.” And the result of Reagan’s policies? Tensions increased. That’s it, tensions increased.

According to the textbook, an increase in tensions was the only result of the evil Reagan’s policies. But never fear according to their liberally crafted story, arose a leader in the USSR who knew not the cold war—The book explains later on page 991, “a change in Soviet leadership in 1985 brought a new policy toward the United States and the beginnings of a final thaw in the cold war.” Wow, look at that…out of the blue the USSR woke up and decided to play nice, instead of teaching our kids the truth, that thanks to the economic pressure placed upon it by President Reagan, and the inherent flaws of Socialism, the Soviet economy collapsed.

Coming up soon is May 1, a day when many laborers believe they are celebrating their contribution to society. In truth, they are celebrating a holiday created by socialism, a system that killed almost 100 million human beings.  If we wanted to be truthful, instead of calling it “International Workers’ Day” we should consider it a memorial day for all those people killed by the Marxist philosophies. We should re-dedicate ourselves to teaching the truth of his murderous philosophy to our children. Because George Santayana was correct when he said, “Those who cannot remember the past are condemned to repeat it.” 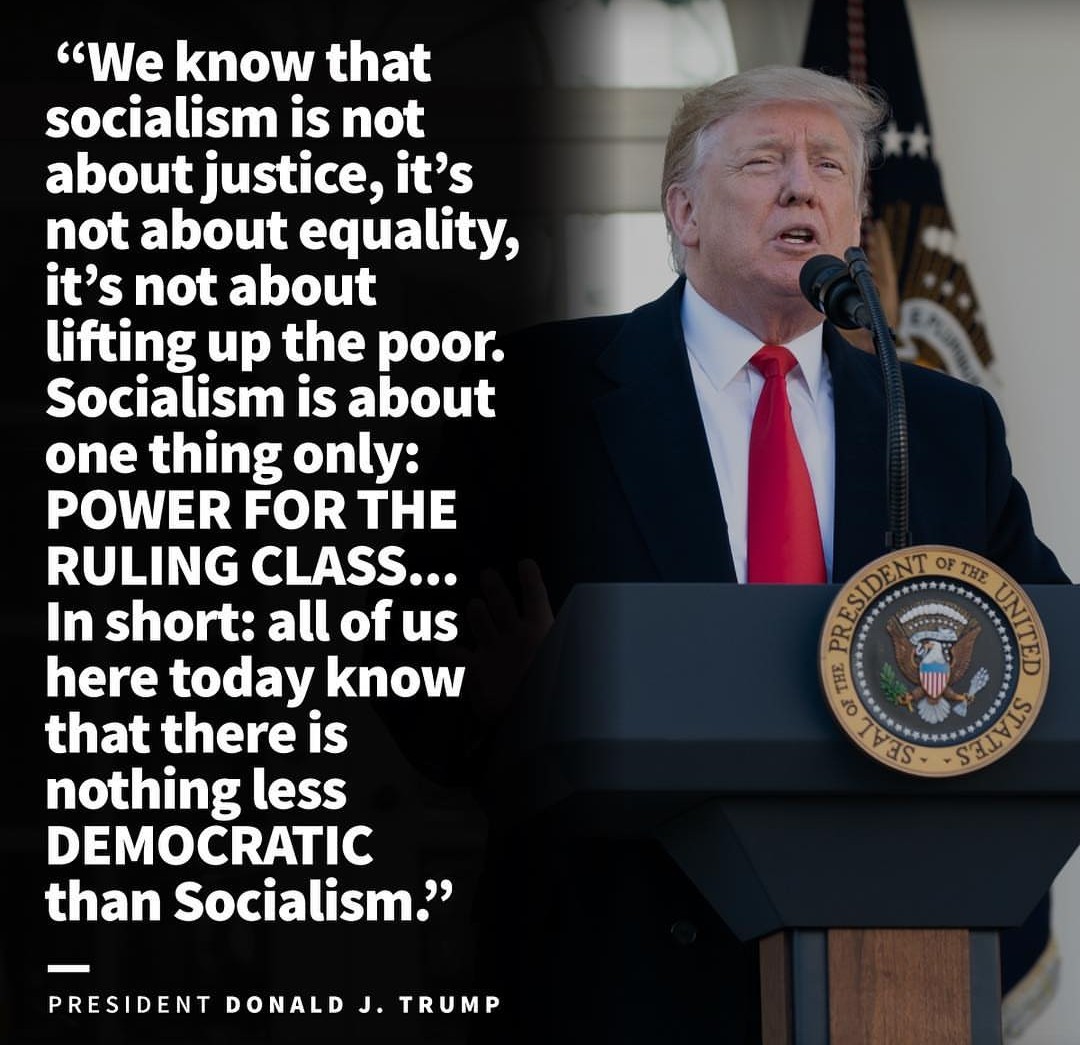 This entry was posted in Politics and tagged Failure of Socialism. Bookmark the permalink.